A philistine in the art film business, Jeremy Prokosch is a producer unhappy with the work of his director. Prokosch has hired Fritz Lang (as himself) to direct an adaptation of “The Odyssey,” but when it seems that the legendary filmmaker is making a picture destined to bomb at the box office, he brings in a screenwriter to energize the script. The professional intersects with the personal when a rift develops between the writer and his wife.

Chic socialite Melanie Daniels enjoys a passing flirtation with an eligible attorney in a San Francisco pet shop and, on an impulse, follows him to his hometown bearing a gift of lovebirds. But upon her arrival, the bird population runs amok. Suddenly, the townsfolk face a massive avian onslaught, with the feathered fiends inexplicably attacking people all over Bodega Bay.

A sadistic Daimyo (feudal lord) rapes a woman and murders both her and her husband, but even when one of his own vassals commits suicide to bring attention to the crime, the matter is quickly hushed up. Not only will there be no punishment, but because the Daimyo is the Shogun’s younger brother, he will soon be appointed to a high political position from which he could wreak even more havoc. Convinced that the fate of the Shogunate hangs in the balance, a plot is hatched to assassinate the Daimyo. The two most brilliant strategic minds of their generation find themselves pitted against each other; one is tasked to defend a man he despises, and has a small army at his disposal. The other is given a suicide mission, and has 12 brave men. They are the 13 Assassins. 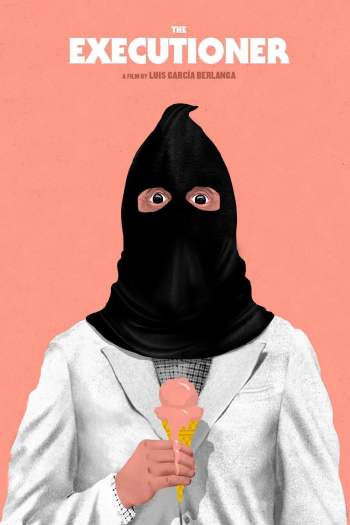 An undertaker gets married to an old executioner’s daughter and, although he doesn’t like it, must continue the profession of his father-in-law after his retirement.

The Nazis, exasperated at the number of escapes from their prison camps by a relatively small number of Allied prisoners, relocates them to a high-security ‘escape-proof’ camp to sit out the remainder of the war. Undaunted, the prisoners plan one of the most ambitious escape attempts of World War II. Based on a true story.

A Swedish pastor fails a loving woman, a suicidal fisherman and God.

A woman, Tome, is born to a lower class family in Japan in 1918. The title refers to an insect, repeating its mistakes, as in an infinite circle. Imamura, with this metaphor, introduces the life of Tome, who keeps trying to change her poor life.

A decadent London aristocrat hires a man-servant to attend to his needs. However, the balance of power starts to shift…

Tom loves Sophie and Sophie loves Tom. But Tom and Sophie are of differering classes. Can they find a way through the mayhem to be true to love?