When elderly pensioner Umberto Domenico Ferrari returns to his boarding house from a protest calling for a hike in old-age pensions, his landlady demands her 15,000-lire rent by the end of the month or he and his small dog will be turned out onto the street. Unable to get the money in time, Umberto fakes illness to get sent to a hospital, giving his beloved dog to the landlady’s pregnant and abandoned maid for temporary safekeeping. 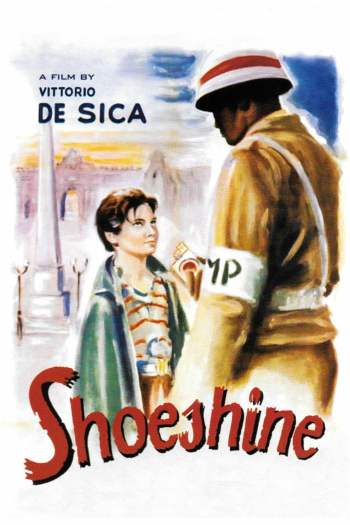 At a track near Rome, shoeshine boys are watching horses run. Two of the boys Pasquale, an orphan, and Giuseppe, his younger friend are riding. The pair have been saving to buy a horse of their own to ride…

A Sardinian peasant is implicated in the murder of a policeman and, although innocent, he doesn’t give himself up, lacking faith in the judicial system and fearing that he may lose his sheep while awaiting trial. He leaves for the mountains with his brother but life is difficult and his flock dies. Returning to the town he discovers his family in abject poverty. He procures a gun and, forced by his social predicament, resorts to banditry.