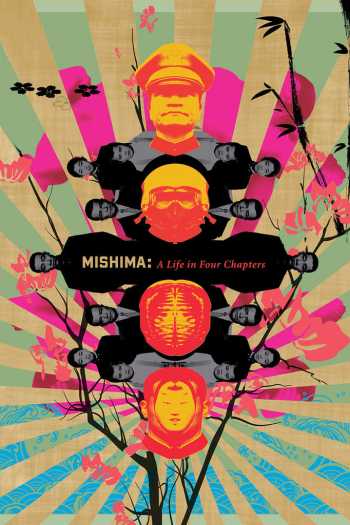 A fictional account of the life of Japanese author Yukio Mishima told in four parts. The first three parts relate events in three of his novels: The Temple of the Golden Pavilion, Kyoko’s House, and Runaway Horses. The last part depicts the events of 25th November 1970.